You are here: Home / Tips / Can Plants Absorb Radiation from Computers – Myth or Facts (2021 Review)

Since we are living in an era of digital technology and surrounded by all sorts of devices that emit electromagnetic radiation, the risks of developing various diseases are increased, especially cancer. Therefore, it is necessary to keep your immune system in a good state and find a way to absorb the radiation emitted all around us. There is a big discussion related to the positive effects of having a plant in your room next to your computer and is there a possibility to reduce the amount of radiation by adding greenery in your office, bedroom, and other places where you spend a lot of time.

On the other hand, whether it actually can help or not, having a plant in your office or living room brings many benefits, such as cleaner air, improved design, and helps people to relax. If you are interested in buying cactus or succulents, visit succulentmarket.com. Moreover, we are going to analyze more about the myths and facts related to the plant’s ability to absorb electromagnetic radiation.

Many people believe that various sorts of plants can absorb radiation, which makes them perfect around your monitor. On the other side, you should know that none of the devices that we are using in our homes are capable of producing dangerous levels of radiation. However, people are afraid of it, especially because most of them think how electromagnetic frequencies from the appliances, smartphones, and computers are the same ones as those in nuclear plants. The only type of equipment that we kept in our homes for a long time were old CRT monitors, but even they could only represent a risk if we were surrounded by many of them throughout the whole day. Therefore, you should not be afraid that your regular appliances and other devices will harm you in any way.

Also, you should learn more about the structure of radiation waves and do they emit into the surrounding area. First of all, these waves are spreading equally all around the source. Therefore, placing a cactus or some other plant could help you only if you place it right between you and the computer. The most common myth is related to a study provided by a study from Switzerland in the 80s, where scientists proved how keeping a cactus near the computer can protect people from headaches and fatigue. Allegedly, they connected the cactus’s ability to survive in deserts with radiation-absorbing features.

While the ability to prevent you from dangerous radiation is only a myth, many other benefits could improve your health and mental state. Even though they are not able to completely remove the electromagnetic frequencies, they can at least absorb some of them, which is still a great thing, especially with other advantages like fresh air, absorption of carbon dioxide, and relaxing ambient. Moreover, the greenery in your office can improve your immune system. Also, there are benefits for your mental state as well, with the ability to calm people. It is proven that people can feel more relaxed, and having a flowerpot on your table is at least a good resemblance of it.

Furthermore, since there are so many sorts of plants and flowers that you could keep in your home or office, you should choose those that are easier to maintain, and that could really absorb some levels of electromagnetic radiation from devices around you. Some of the best are:

The main advantage of choosing this one is its ability to convert the carbon dioxide into oxygen, which will make the ambient in your office much more pleasant. That is especially beneficial for people who are sitting in front of a monitor from 9 to 5. Besides the health benefits, you can also enjoy its appearance, while it doesn’t need so much care.

This plant is known for many health benefits, and we can see its use in many traditional medicines from all around the world. Some of the most important are related to its antioxidant features, the ability to decrease levels of blood sugar, you can use it as skincare, and much more. According to some researches, it can also be a great solution as a decoration on the office table that can absorb some of the waves emitted from the PC and other devices.

This plant is known for its ability to live in uninhabitable deserts where it is constantly on the impact of dangerous UV radiation from the sun. The cactus is considered one of the best plants that can improve the ambient in your living room and protect you from dangerous electromagnetic waves. According to some researches, it can even absorb the radiation from the network-emitting towers.

The main reason why so many people choose to have it in their homes or at work is the appearance. Since it is small in size and requires less care than most other sorts, Stone Lotus Flower is an excellent choice to keep near your TV, PC, or at the working desk. When it comes to the absorbing feature, it is great at protecting you from the waves transmitted by TV and monitor.

The main difference between Asparagus Fern and other plants in this list is that this one requires more attention and care. In that matter, you should water it every day and provide it with additional nutrients. This herbal is a great antioxidant and it is great at cleaning the air along with its feature to reduce the electromagnetic waves in your room. 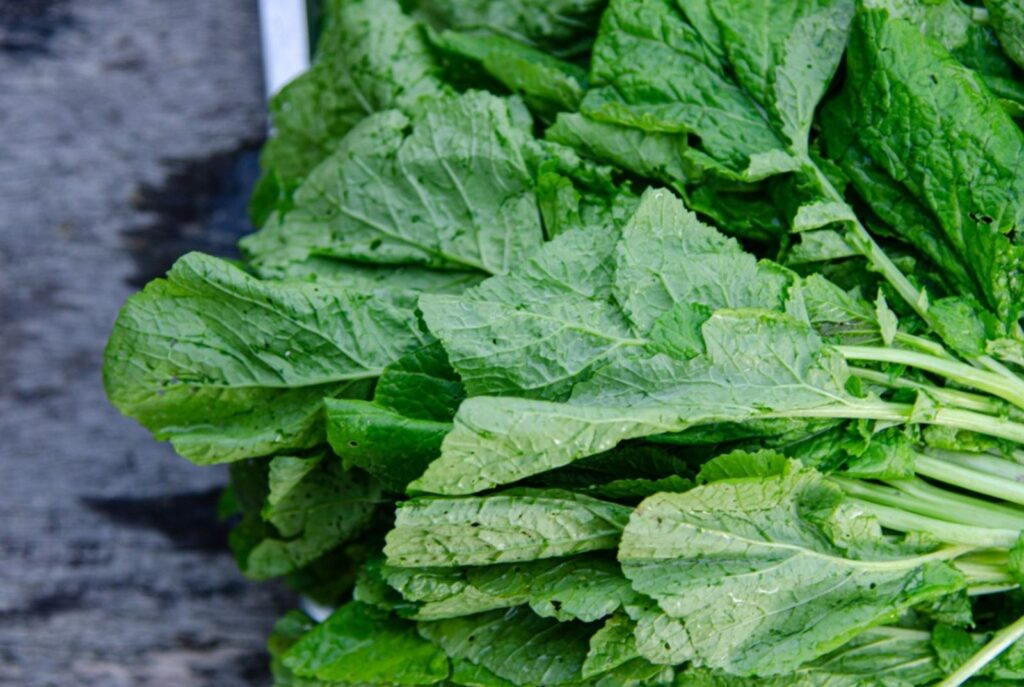 Mustard Greens are known for their health benefits and for being a great source of essential vitamins like K, C, and A. While they might not seem like a common choice for keeping them as a decoration in your room, you should know that they are one of the best solutions to protect you from radiation.

As you can see, while these plants are not capable of absorbing higher levels of radiation in the level that would completely save people from their dangerous side-effects, keeping them near a monitor, PC, TV, and other devices still brings some benefits.