Among the amazing features offered by Apple in the iPhones, Hey Siri (Oh I mean just “Siri”) is a very outstanding one. Hey Siri lets you access Siri without having to press the keys or touch the screen. It makes the overall functioning a lot easier. However, sometimes even the helper falls sick. Hey Siri sometimes creates trouble as it will stop working properly. This is known as the Hey Siri not working issue. In this post, I’ll explain How to fix the Hey Siri not working problem on iPhone 6/7/8/X in a very simple manner.

If you are suffering from the same issue issue, go through this post and you’ll be able to solve the problem. 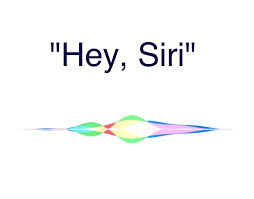 About the issue: Hey Siri not working

Hey Siri is a very handy feature of Apple’s iOS devices (iPhone and iPad) that lets you access Siri without having to press any buttons, or tapping on the screen.

It simply uses the device’s microphone, you can say the words “Hey Siri” from a distance, and Siri will immediately launch and wait for your command. Then, you can tell or ask whatever you want to. In short, you can contact your personal assistant in the hands-free mode. Isn’t this great? The advancement in Sound Technology is sure touching the sky. 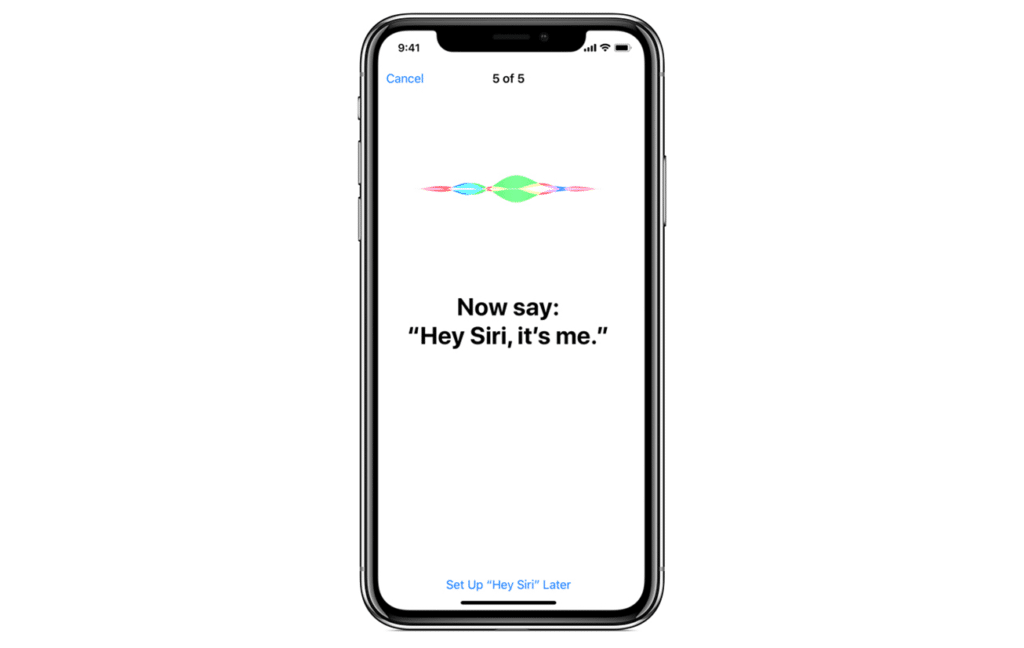 When this happens, you’ll be repeating the words “Hey Siri” again and again, but Siri will not open on your iPhone/iPad to take your command. This is defined as the Hey Siri not working issue.

This issue annoyed a lot of iPhone users, especially the iPhone 6/6S users after updating to iOS 10/11.

Nonetheless, other iPhone model users aren’t completely secure against the problem. I’ll help you all regardless of the model of your iOS device.

How to Fix “Hey Siri not working” issue

The Siri not working problem can become very frustrating at times. Usually, when you are habitual to invoking Siri by muttering “Hey Siri,” but then one day, all of a sudden, it stops responding to your voice.

Therefore, it is essential to know how to fix the Hey Siri not responding issue. I’ll guide you through the things you should do when you suffer from this problem. These will help you to get Siri responding and listening to your commands properly again. Go through these and solve the problem on your own.

Check if Siri is turned on in your device

Step-1: Open the Settings app and go to General.

Step-2: Now go to Siri and check if Hey Siri feature is turned On or Off. If it is Off, turn it On. 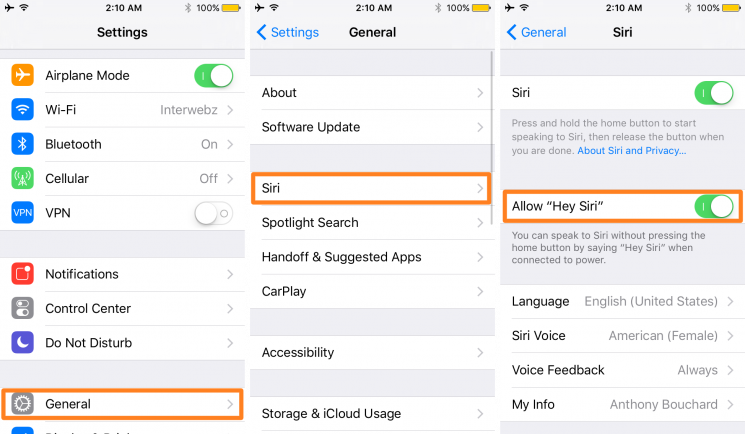 The reason behind this is Hey Siri can have high battery requirements and only Apple’s latest iOS devices are efficient enough to run the feature in the background without rapid battery drain.

Check if your internet connection is working fine

It is completely possible that you are connected to a wireless router, but you could be encountering network problems, so just verify that your internet connection is working properly by opening Safari and loading some web page. If it loads in a couple of seconds, then your connection is well and good.

If it doesn’t, try rebooting the router or using some other connection to connect to the internet.

Check if the Low Power mode is on or off

If you have Low Power Mode turned on, you will face the Hey Siri not working issue as Hey Siri is a huge power consumer and unproductive to the cause of saving power.

This is the simplest thing that can fix a lot of glitches. In order to reboot your device, just hold down the power button for a few seconds and then slide the slide to power off slider to the right.

Then, hold the power button until you see the Apple logo and wait until the boot up completes. Now check if the Hey Siri not working issue is gone.

Hey Siri requires some form of calibration before it can be used. That’s why when you set up Hey Siri for the first time, you are asked to say “Hey Siri” a few times before the service can start. In case of the Hey Siri not working issue, you should go through this process all over again. You can do this by going to the Settings app and navigating to General > Siri > Hey Siri and then, disable the already-enabled feature and then turn it back on again. Then follow the instructions appearing on your screen. 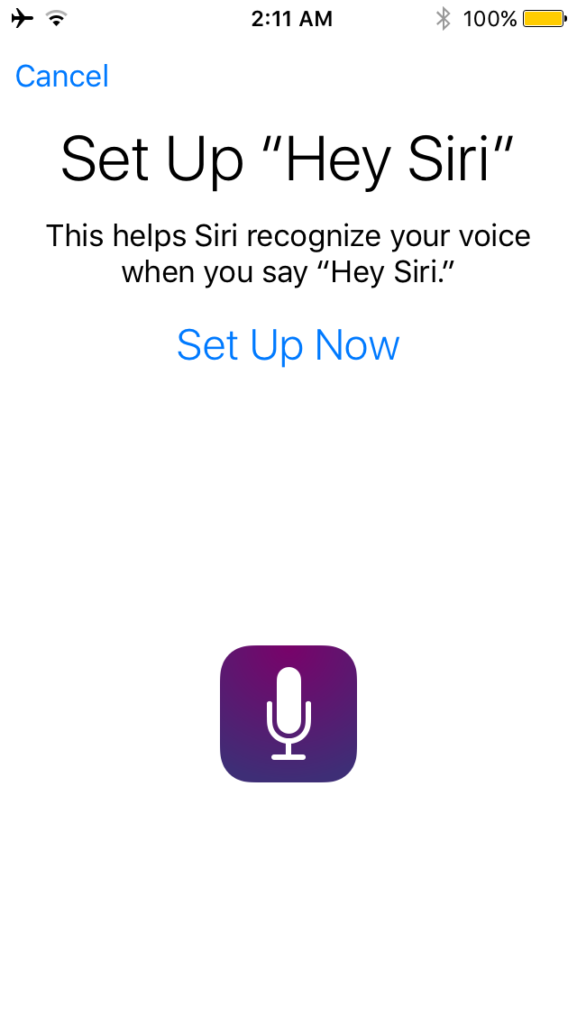 Check if your microphone is working

Problematic microphones can also lead to the Hey Siri not working issue. So you should check if the microphone of your device is working properly. You can do this by entering an app where you can pull up the keyboard and try using the Siri Dictation feature. Also, clean the microphone using cotton and remove if it has any kind of covering. 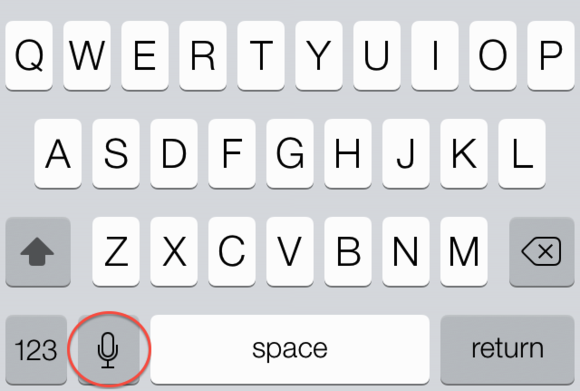 This is the ultimate solutions to solve the Hey Siri not playing problem. This will surely work if the cause of the problem is some kind of file corruption. You can restore the device through iTunes and check if it solves the problem.

These were all the things you should do in order to counter the Hey Siri not working issue. If you are still in trouble, I’d recommend that you contact the Apple’s Customer Care Unit. They’d be more than glad to help you out. You can also visit the official Apple thread related to this issue. For any queries, doubts or suggestions, feel free to visit the Comments section. Hope I helped you.