If you are searching for the methods to unblock someone on your iOS devices such as iPhone or iPad then you are at the right place. This article will show you different methods on how to unblock a number on iPhone.

But as usual, let’s talk a bit about the blocking feature and the reason why we block people on our smartphones.

Why do we need to block or unblock a number on iPhone?

There must be an uncountable number of reasons for blocking a person over email, phone call, message or FaceTime. Some of the common reasons are fraud calls, spam calls or emails or message, fraud FaceTime calls, etc.

Due to all these reasons, it becomes irritating and we simply the number.

And sometimes, due to personal grudges, failed relationships, miscommunications we break ties with some of our closed ones only to realize that it’s a mistake.

But that’s where we get stuck. We don’t really know the method to unblock the contact. 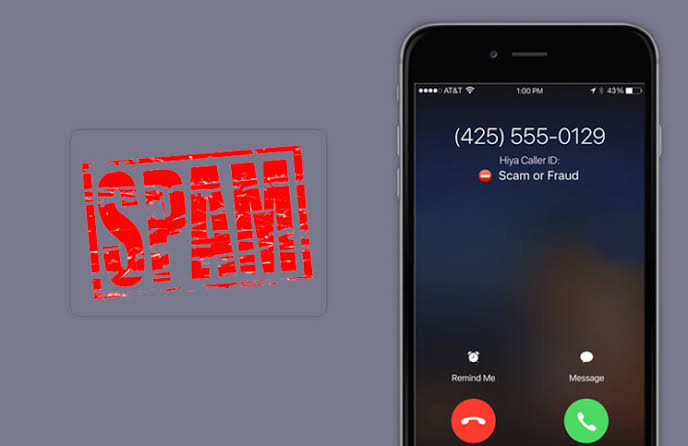 How to Unblock Someone on iPhone

There are different methods to unblock a number on iPhone for different features and applications such as:

1. Unblock a number on iPhone for phone calls

If you need to unblock a contact on iPhone, there are different methods such as by using settings, applications or using calling window.

1. Remove number from blocklist via settings

Step 1: Navigate to the settings of your iPhone or iPad. 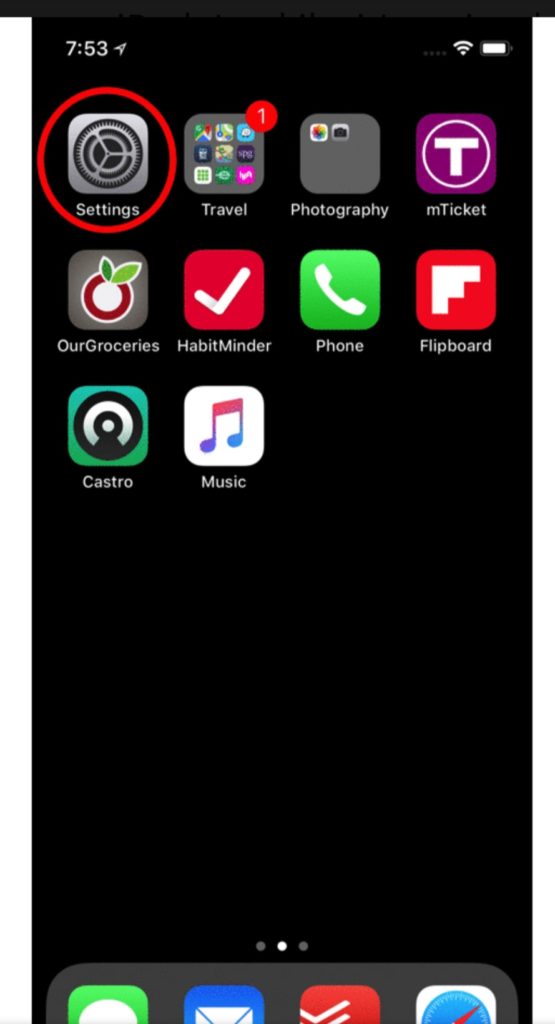 Step 2: While the settings window appears, scroll down and tap on Phone to launch the Phone settings. 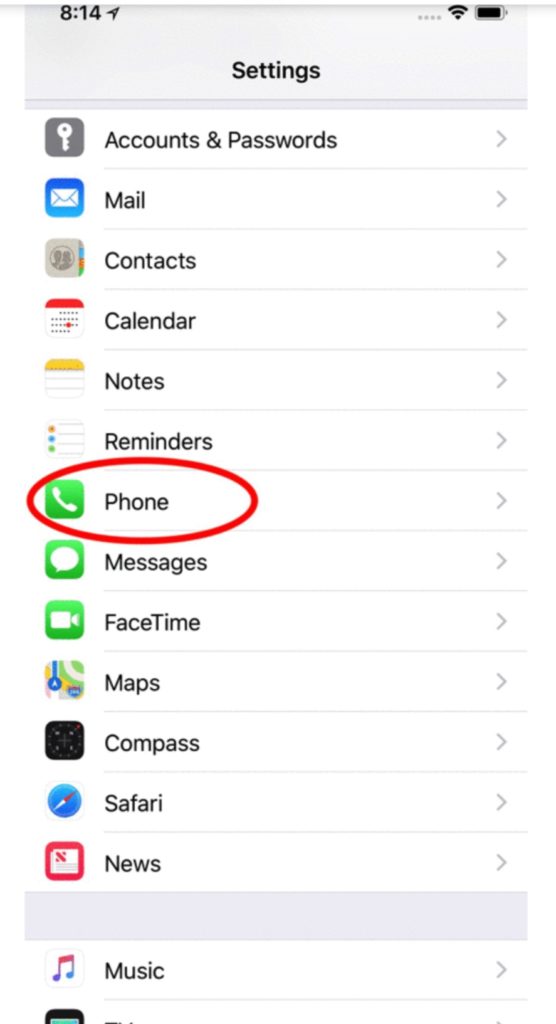 Step 3: Further, tap on the Call Blocking & identification to open your blocked contacts. 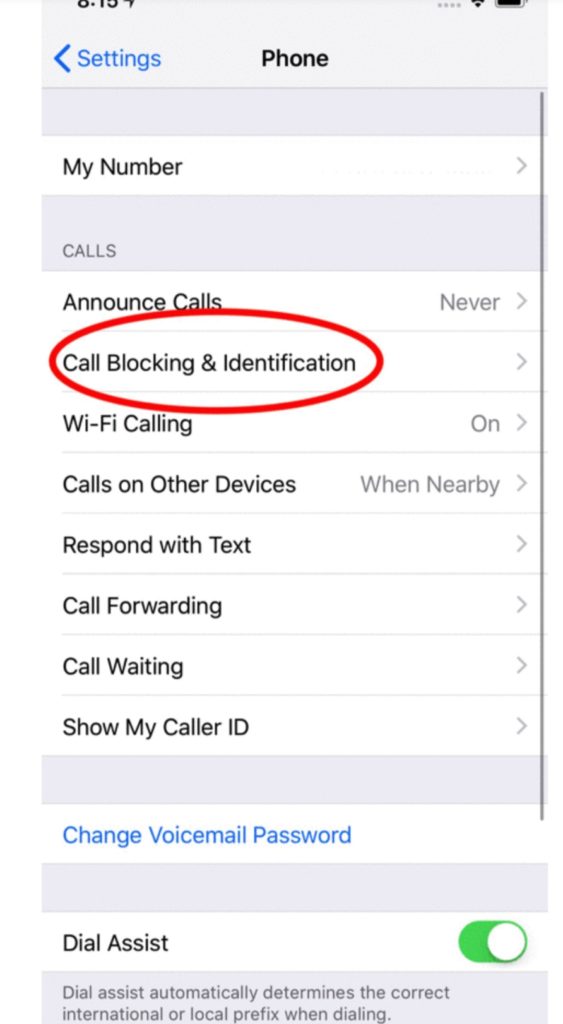 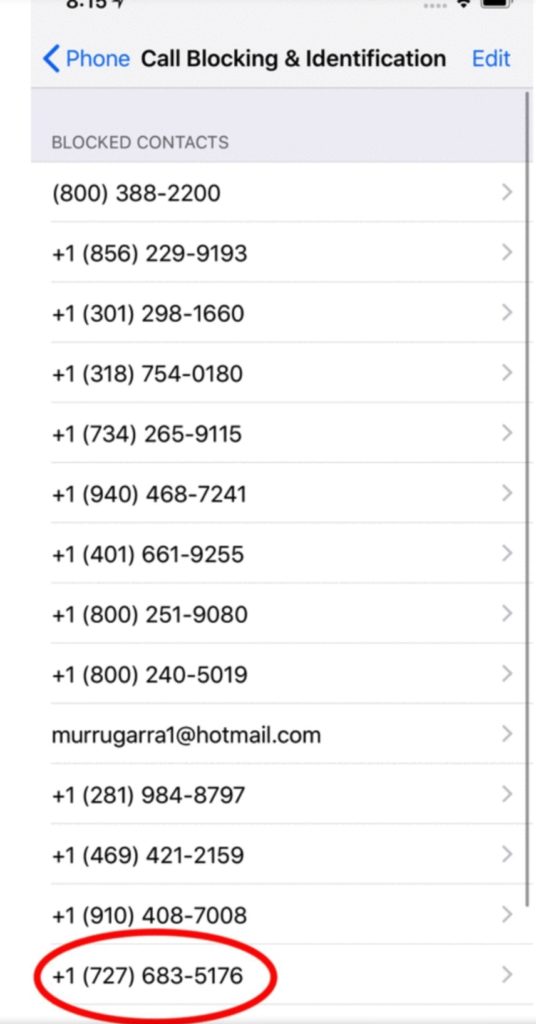 Step 5: Swipe the selected contact from right to left. The unblock button appears at the right of the contact after it is swiped. 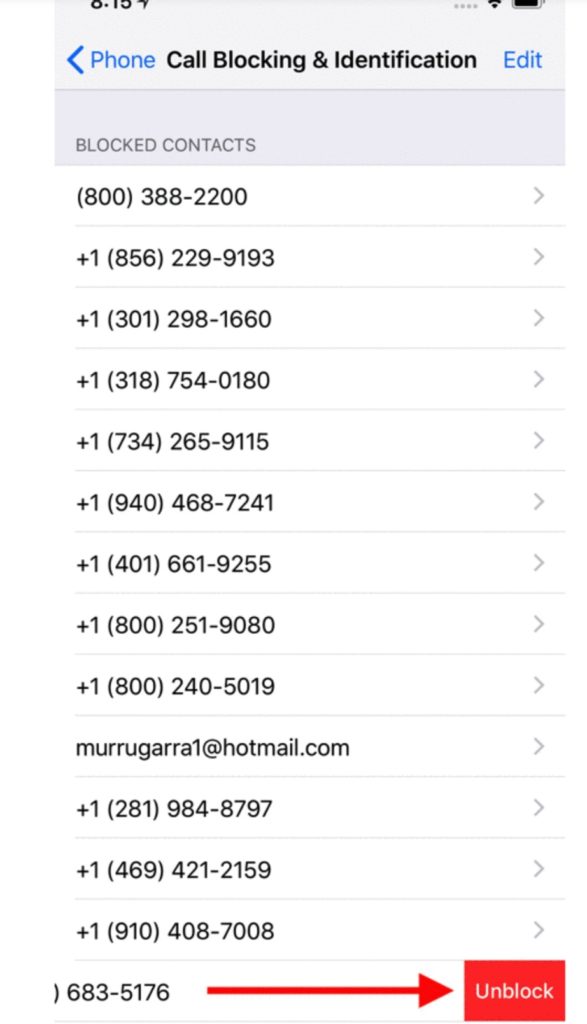 Step 6: Tap on the unblock button. The contact disappears from the list and it has been unblocked.

There are several applications which are useful for blocking and unblocking the contacts. One popular app is Truecaller. Here is how you can unblock someone on iPhone using Truecaller.

Step 2: Tap on the Block section which appears as a shield icon.

Step 3: Tap on the hamburger button or three dots which appear at the top corner.

How to Unblock a Number from Messages

Most of the cases we block the unwanted users for messaging us again and again. But when the need arises due to any circumstances, we started searching for unblocking a number on iPhone. These are some steps to unblock a user on messaging application. 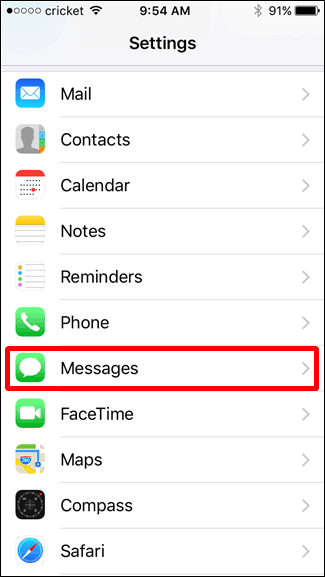 Step 3: The window with all the settings option of message application appears. Select Blocked option to proceed further. 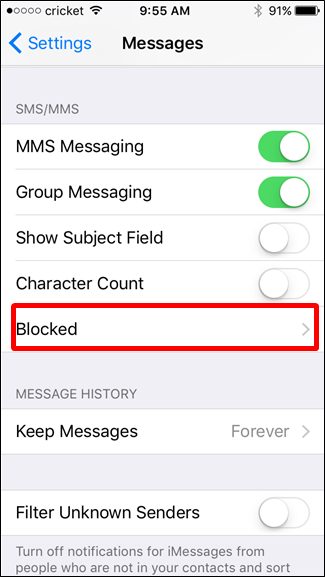 Step 4: The blocked contacts will appear. Scroll and select the contact you want to unblock. 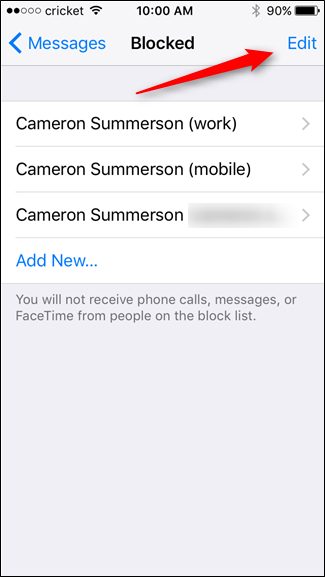 Step 5: Tap on unblocking and the number will disappear from the Blocked list. 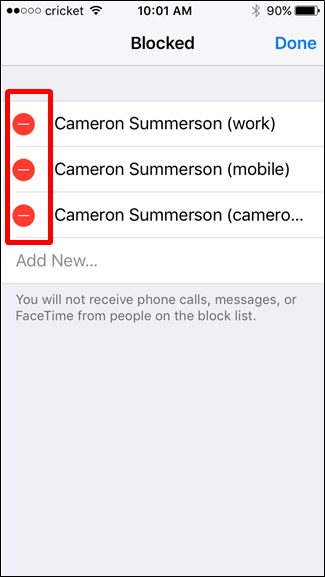 How to unblock someone on Facetime

It is rare but we find some unwanted person who tries to call using FaceTime while it is not a necessary condition. Hence, we generally put them on the block so that to concentrate on other works.

You can unblock the same person anytime from Facetime by using the given steps;

Step 1: Select the Settings application from the list of the apps.

Step 2: Select FaceTime from the list appears under the settings window. 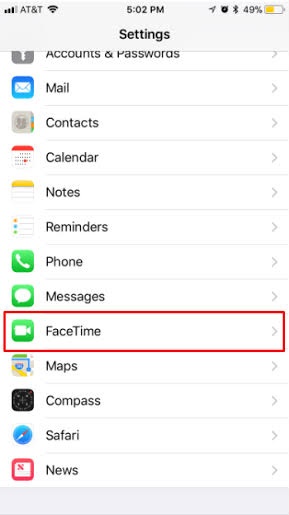 Step 3: Scroll down and Select the Blocked options to open a new window.

Step 4: The window with all the blocked contacts will appear. Scroll down and select the contact you want to unblock. 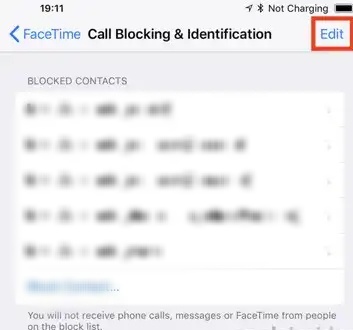 Step 5: Click on the unblock button and your contact will able to call you on FaceTime application now. 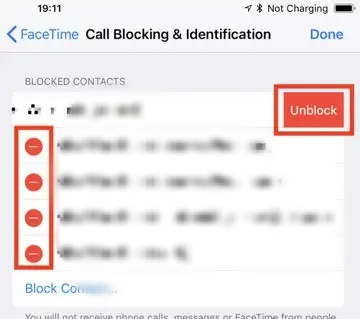 How to unblock someone on various iOS Apps

There are many such apps like WhatsApp etc, where we generally block our friends while we are angry with them. Here are all methods to unblock your whatsapp friend from iPhone.

Step 2: Navigate to settings of WhatsApp by tapping on the settings button. 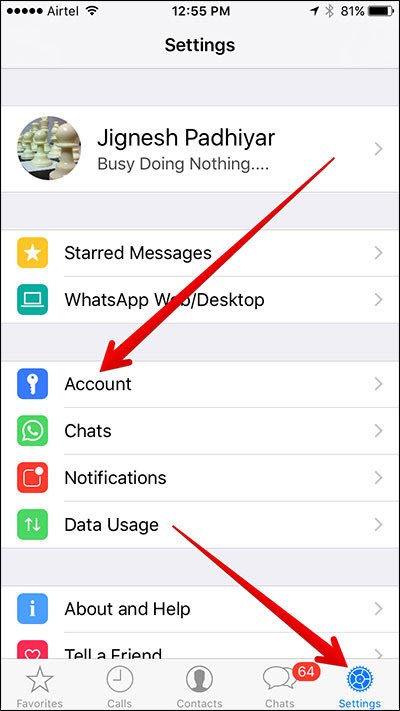 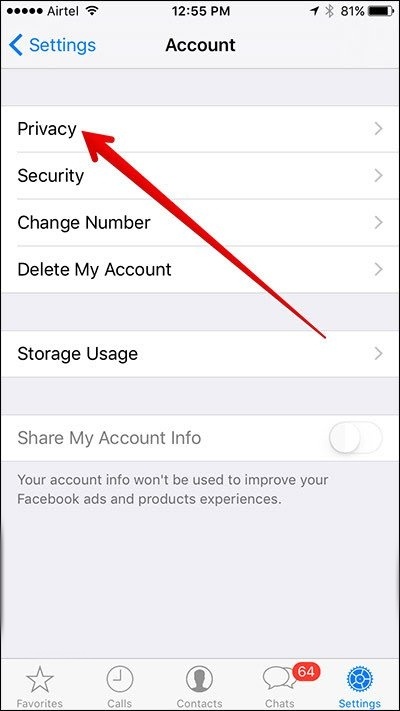 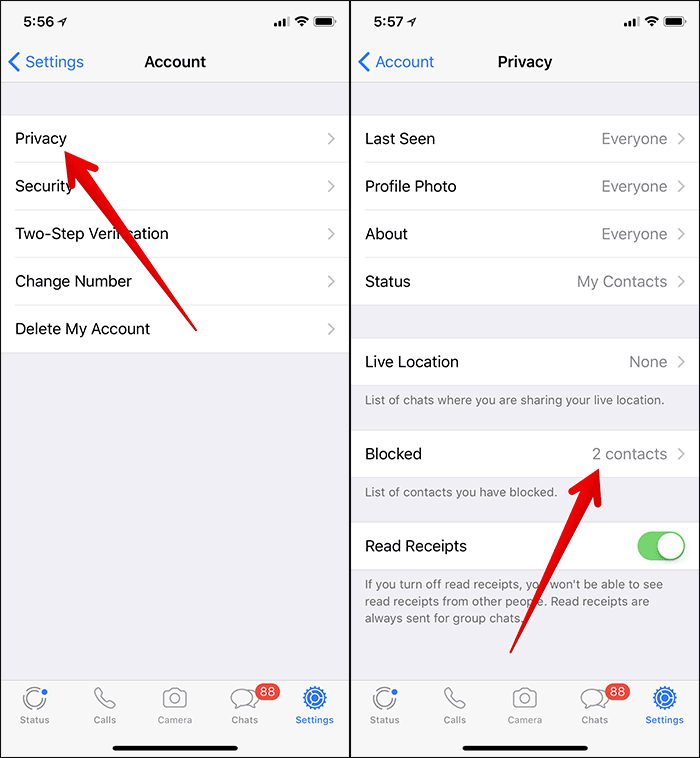 Step 6: Tap on the contact you want to unblock. The option appears for unblocking, select the option and your contact will be unblocked. 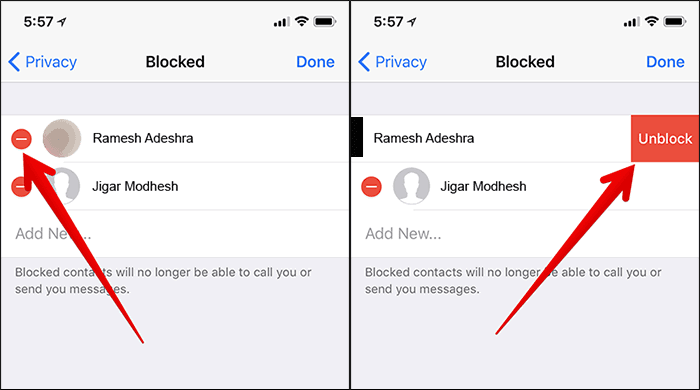